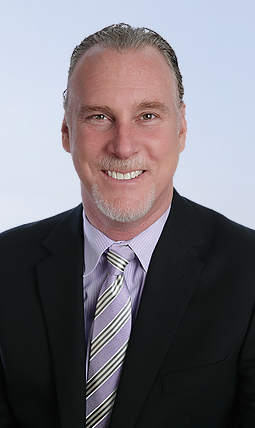 Mr. Bergschneider began his title career in 1986 at Lawyers Title formerly Continental Land Title in Los Angeles, California. New to the industry at the time he was placed in a busy title unit and within a few years was promoted to the position of Title Officer. His mentor, industry veteran Lou Bolacca President of Lawyers Title, personally groomed Mr. Bergschneider for his subsequent advancements to the positions of Senior Title Officer and then Operations Manager. Mr. Bergschneider ran the highest dollar volume and most productive, low to no claim title unit in the country, while at Lawyers Title, at the time it was acquired by LandAmerica Financial Group, a Fortune 200 company.

Mr. Bergschneider has been active in the title insurance industry since he began his title career in 1986 at Lawyers Title, formerly Continental Land Title in Los Angeles, California.  Mr. Bergschneider ran the highest dollar volume and most productive, low to no claim title unit in the country at the time it was acquired by LandAmerica Financial Group “LFG” a Fortune 200 company.

Mr. Bergschneider has been an active real estate investor, licensed mortgage broker, at one point simultaneously leading sales for two lenders in California. Mr. Bergschneider has been instrumental in consulting on the organization and operation of multiple title insurance companies including launching enTrust & Title, the first escrow and title conveyancing services company in the Middle East based in Dubai, United Arab Emirates. This company introduced biometric authentication to the real estate process in the U.A.E.

Before joining Rainier Title in Washington as CEO, Mr. Bergschneider served as President of USA National Title Insurance Company in California, was a board member of the Italian American Museum in Los Angeles, and is a member of the Washington Land Title Association. He has served as a guest speaker at multiple industry events.

Mr. Bergschneider is an avid scuba diver and volunteer for the Wounded Warrior Project.

As a PADI Divemaster, Mr. Bergschneider has made over 500 dives throughout the world including Greece,  Oman, and Mexico.

While building his career in the settlement services industry, Mr. Bergschneider never lost his passion for music. He has played drums professionally with various artists, both live and in studio, for many years.

Besides continually working to achieve 100% customer satisfaction, what Mr. Bergschneider truly loves about his position is the opportunity to see his employees thrive and succeed as they continue through their career path with our company.

I thrive on the endless opportunities to problem solve in the escrow industry, and enjoy finding solutions to benefit our clients.

Ms. Johnson began her escrow career in 1992 as a receptionist for Imperial Pacific Escrow which later merged with Escrow Professionals of Washington.  She worked her way up through every position, learning everything about the escrow process from the ‘ground up’.

Having become the Escrow Manager, she was recruited to The Escrow Group in 2001 to be their County Manager & Manager of Escrow Operations.  Her wish to become more familiar with the escrow process within a title company led her to accept the position of Assistant Escrow Manager & Senior Escrow Closer for CW Title in 2010, then Senior Escrow Closer at First American Title in 2014.​

Ms. Johnson thrives on the endless opportunities to problem solve
in the escrow industry, and enjoys finding solutions to benefit our clients.

Ms. Johnson has lived in Washington her entire life and currently resides in Bothell with her teenage daughter.

As of 2015 Ms. Johnson facilitated the merger of Escrow Professionals of Washington into Rainier Title and has operated as Executive Vice President of Escrow for Rainier Title since then, with branches located in the King, Pierce, and Snohomish counties of Washington State.  She is licensed as a Washington state Limited Practice Officer and Notary Public.

Customer Service has always been a number one passion of mine over 24 years I have been in the Title Insurance Industry.

Customer Service has always been a number one passion of mine over 24 years I have been in the Title Insurance Industry.

Having worked as almost every level of the business from recording your documents, to teaching you clock hour classes, I am very well-equipped to help you succeed and grow in your business. I will always use every tool available to make sure we get your questions answered and problems solved.

I enjoy problem solving, thinking outside the box and exploring all possible options when dealing with challenging transactions.

Michelle has always had a passion for encouraging people to be the best version of themselves. She began her escrow career in 1998 and has worked in nearly all facets within the industry. From starting as an Escrow Assistant, to Legal Assistant, Sales and Marketing, Limited Practice Officer, starting her own Real Estate School to Branch Manager, Michelle is extremely excited to step into her role as Executive Vice President of Escrow and continue to create, lead and encourage those around her. She believes that creating a positive work environment, efficient processes, ongoing staff training and collaborative teamwork greatly impacts and positively improves the customer experience.

Michelle grew up in a small farm town in Southwest Washington and learned the importance of hard work and compassion at an early age. One of her very first jobs was helping to open a Therapeutic Horseback Riding center. To witness the positive changes, along with the health benefits and confidence gained, she experienced firsthand the importance of positive leadership and focusing on ones abilities rather than their setbacks. Having been raised by a legally blind mother, Michelle was taught inclusiveness, diversity and to never limit yourself or those around you. A unique fact about Michelle is that she was the 1994-1995 Grays Harbor County Dairy Princess and traveled throughout the State of Washington educating people on the health benefits of dairy. Most weekends, she can be found on the lacrosse field cheering on her youngest son, spending time with her husband, grown sons and adorable grandson.